The Displacement of Black Churches in Brooklyn 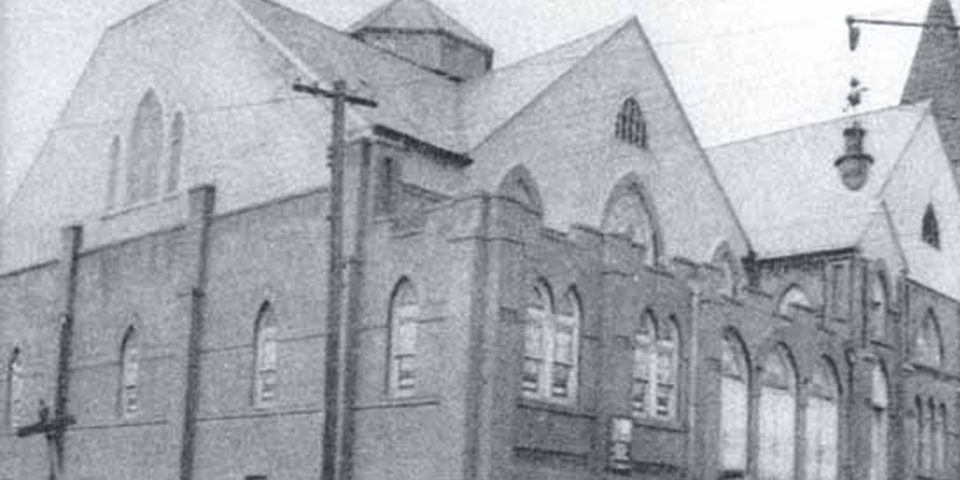 Beginning in the late 19th century, African Americans turned Brooklyn into the largest of their communities within the city center – located in Charlotte’s Second Ward, south of Trade Street and east of Tryon Street. Boundary Street and Little Sugar Creek formed its other boundaries. Brooklyn flourished and became a vibrant residential and commercial center for the African American community. Some say that it was the soul of the Black community.

In 1958, under the pretext of the urban renewal program, the Charlotte City Council voted to demolish Brooklyn to create a better environment for its residents and to attract business opportunities to the area. As a result, thousands of Black families were displaced, hundreds of Black-owned businesses were forced to close due to lack of customer base, and at least a dozen black churches were bulldozed or relocated, taking their history and legacy with them. The urban renewal program destroyed all opportunities for this culturally rich neighborhood to flourish and for displaced families to accumulate generational wealth.

Twelve Black churches, the Good Samaritan Hospital, the Lincoln and Savoy theaters, and the Brevard Street Library were just a few of the historic institutions that sustained the Black community in Second Ward and also served as national models of excellence.

Little Rock A.M.E. was relocated to Myers Street in 1919, later to be moved to Seventh Street, where it survived urban renewal and eventually became the home of the Afro American Cultural Center. The church ended up building a new facility on McDowell Street, where it still remains. Other churches originally located in Brooklyn were relocated during urban renewal:

The 1960s dismantling of the Brooklyn neighborhood was the effect of decades of prejudice and short-sightedness, which forever changed the landscape of Downtown Charlotte. With the new development of Brooklyn Village, the hope of is to revitalize the area and bring Brooklyn Village to life.

Currently, the County Board of Commissioners has approved the redevelopment of the historic Brooklyn neighborhood. The developers, BK Partners, have dubbed the project Brooklyn Village and they are committed to embracing and celebrating Brooklyn’s history. They conducted a community outreach process and began negotiations with Mecklenburg County, resulting in the master plan which is a mixed-use development, consisting of residential units, hotels and retail, office and cultural space.